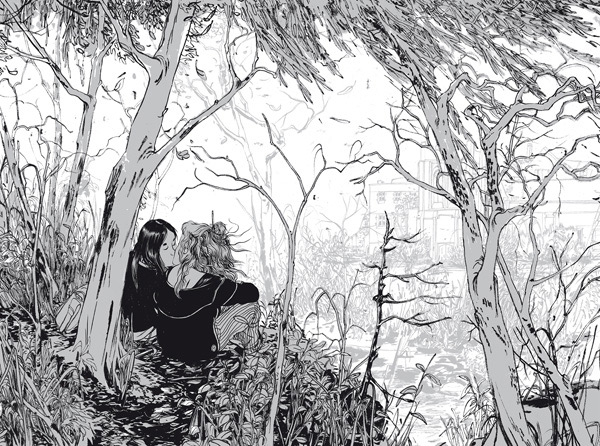 It’s been an ongoing problem for me that most of the so called „Graphic Novels“ I read are annoying me quite a bit because most of are just unbelievable boring, nothing seems to happen. One of the early offenders was the highly praised „Blankets“ by Craig Thompson, the story of a random guy having love problems at college because of religion or something bored me to death. But that’s no match for my personal most hated work in this regard: „George Sprott 1894-1975“ by Seth. Nothing happens. At all.

Interestingly I really liked „Skim“ by Mariko Tamaki (text) & Jillian Tamaki (illustration) even though it could be as boring as Blankets: Skim is the diary of a high school girl and while nothing much extra-ordinary is taking place it deals with the heavy topics of love and death. I can’t put why I liked this one better then all the rest but what is obvious is the quality of the illustrations, I adore the fluid and confident yet sketchy style (also maybe yay because it’s not a hetero lovestory?).

Hey, they’re cousins and they’re working on a new book! (Which is available now).