I stumbled over this unhappy Apple logo on yay!everyday yesterday and my immediate reaction was: „Wow, that’s exactly how I feel about Apple nowadays.“*

I’m an Apple-User (’cause there’s no Adobe Creative Suite for Linux, that’s why), I kinda like the product (OSX is an okay OS and the hardware is still nice) but I just loathe what Apple has become. It started of with the shameful Mac Guy/PC Guy-Ads, went downhill with the iPhone and the whole close-system model accompanied by various outrageous Terms of Use-Fails of Apple products and culminates in the ridiculous patent battles with other companies. These patent wars might not (all) be Apples fault but they have the distinct smell of a boy who wants the whole playground for himself. This feeling of Apple being a company I don’t want anything do to with is further deepened by the news-bits I happened to read when the biography (*argh*) of Steve Jobs was released, that he said he wanted to „smash Android“ or whatever it was. I have no idea about running a business that scale and maybe you have to be tough but this just doesn’t sound „nice“ or like a gentleman I want as my role model or look up to at all. Then again I never bought any Apple product that wasn’t second hand anyway, so …

Long story short: When I saw this adorable unhappy apple logo I decided to steal it. I did a login screen (they can be changed with the free maintenance tool Onyx) and a desktop background both 1280 x 800 px (comment if you want another resolution). Here you go: 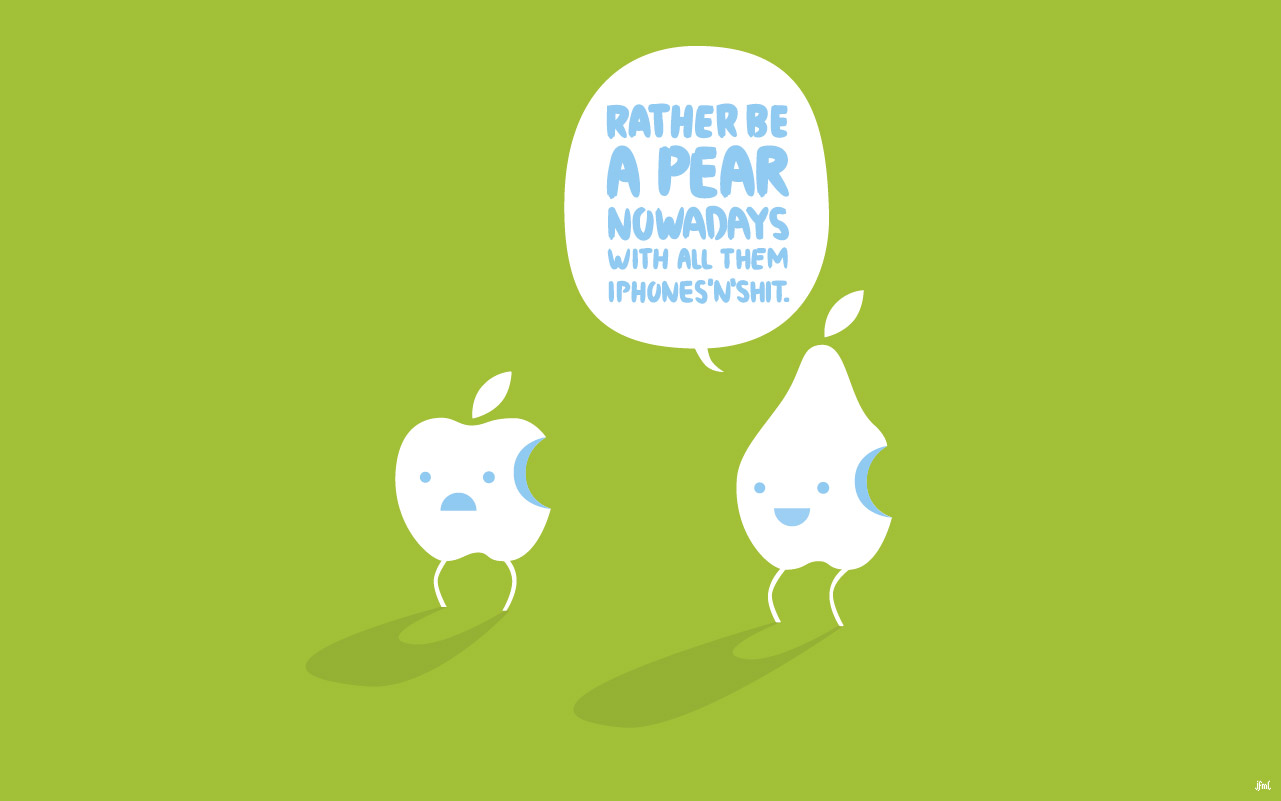 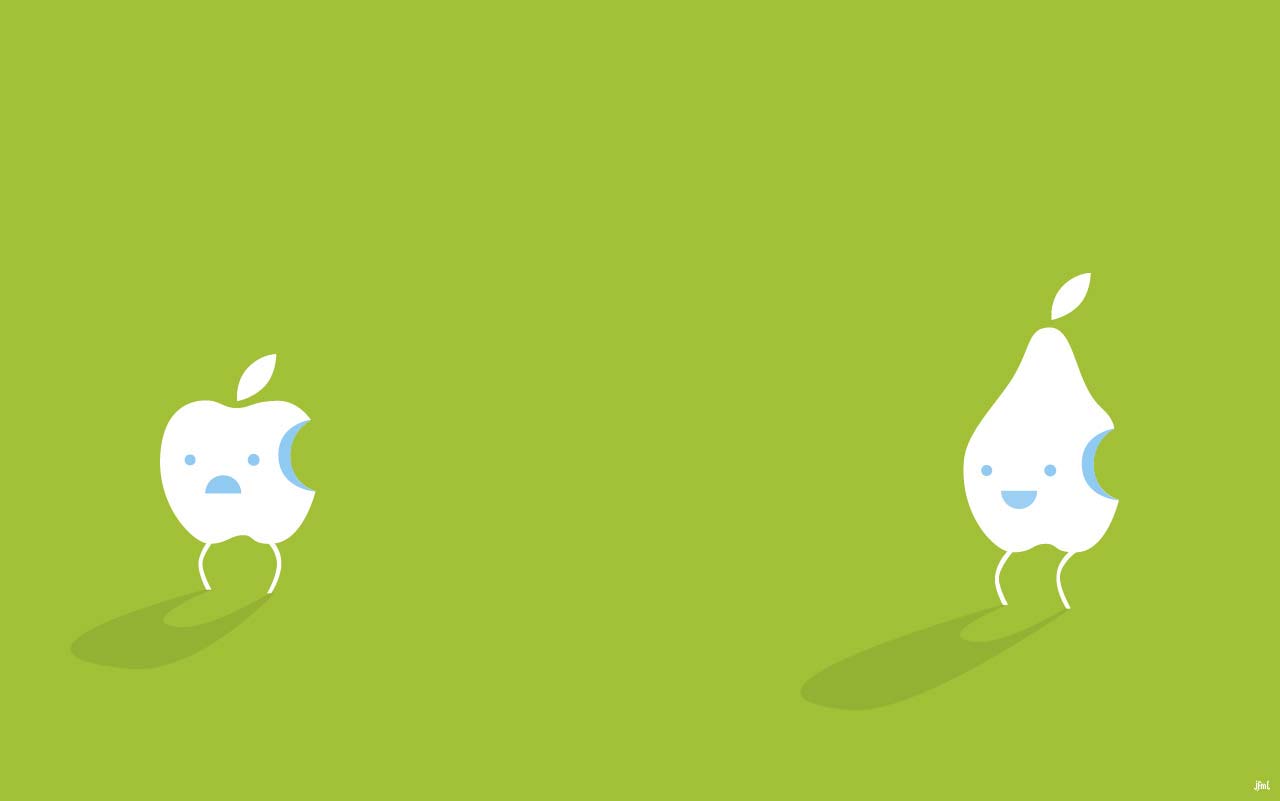 *Little did I know that this was just another Fanboy being sad about the death of Steve Jobs. Don’t get me wrong, it’s a tragedy that anyone ever dies of cancer (in Germany every fourth person dies of cancer nowadays) and I have absolutely no idea what Jobs exactly did at Apple – nor am I going to waste time finding out – but the picture drawn in the media that he single-handedly created EVERY FUCKING Apple hardware plus iTunes and wattnot is obviously plain wrong. I don’t know why people like Jobs more than Gates, they are (were?) both bosses of huge (= evil) companies that want your money. Maybe Apple gave you a product that was a little more shiny and easy to use but Microsoft’s product is cheaper (not the OS though …). And with what I’ve seen in sneak peaks of Windows 8 and Apples awful design decisions lately – of which a 3d Dock was only the first – there seems to be little difference between the two at least aesthetic-wise.

So: if you fanboys out there think you have to waste your life adoring someone, adore Arundhati Roy. Wise woman, read what she has to say. But Steve Jobs? Grow up.

Feel free to steal this too, it’s Creative Commons-Non Commercial.