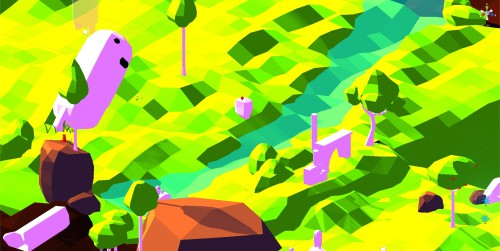 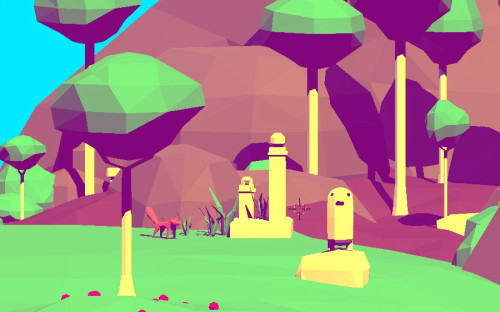 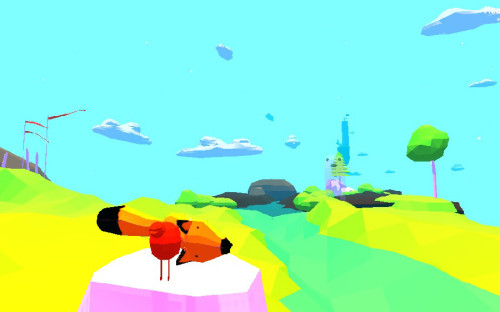 tl;dr: My brother and I tried to make a game about a fox. We didn’t make it very far, but please download it anyway:

In December 2013 my brother suggested that instead of going to 30C3 we could finally start making a game. It was going to be about a fox, you’d start as a cub, grow up and hunt birds and mice and mate and be hunted by hunters or bears or badgers or whatever …

But obviously we didn’t get even near any of that.

Because while it is indeed true that with Unity it is pretty easy to build 3d landscape in which you can walk around in as a bodiless entity everything else (= making that actually a game) includes a fair bit of knowledge and lots and lots of programming. And I do get this „AAAAARRRGH, I WANT TO SOLVE THIS PROBLEM AND I’LL SPEND TWO DAYS ON IT NOW!“-thing (which isn’t unlike trying to beat a boss in one of the Souls games for fourty times before finally succeeding) I didn’t have energy two keep this up for more than two months or so.

It’s interesting how different it is from illustration/design because here you also spend a lot of work on tiny, tiny details and often a picture or a design sucks so much you don’t want to have to look at it ever again but then you just move on. You still have a result, ugly and embarrassing as it might be. While with coding – it seems to me – it is just a constant uphill grind against Compiler Errors and things are just not working at all until you finally figured that it doesn’t matter that „enabled“ isn't a part of GetComponent.UnityEngine (or something) and that once you deleted #pragma strict from the top of your script it’ll work anyway.

Anyway, I like and hate coding (I don’t really think I can call it that, it’s mostly rather just altering scripts other, smarter people have written by trial and error) at the same time but let’s face it: if you want to make a game you need someone who really can code. And neither of us can (and while I’d love to learn more, it seems I don’t have the mindset to succeed).

There are a lot of things we wanted to do before we let someone else see this (a health bar, a working menu with buttons – which we had until I replaced the camera system with a (still wonky but) far better one which made the menu unusable!) but since we’re not working on this anymore maybe if anybody likes this it’ll be enough motivation to dig in again.

Or if you like this … thing and know your way around in C++ or Javascript feel free to contact us.